Book traces influence of Southern white politicians on the US

The South has shaped America in subtle, surprising ways. In a new book, “Southern Nation: Congress and White Supremacy After Reconstruction,” three political scientists reveal the influence of Southern white supremacists on national public policy and Congressional procedures, from Reconstruction to the New Deal, and the impact that continues today.

David Bateman, assistant professor of government, and co-authors Ira Katznelson and John S. Lapinski, draw on in-depth analyses of key historical sources and congressional data to show how the South coalesced behind the single priority of white supremacy above all else, often sacrificing other dearly-held priorities. They trace how southern Democrats defeated efforts to prevent a return to authorized racism after the Civil War and how the South’s strategy led to a partisan divide between North and South and ideological polarization in American politics.

“White supremacists cared more about protecting white supremacy than their opponents cared about dismantling it, and they were willing to sacrifice anything for it,” said Bateman. Progressives from other regions of the country were willing to work with them in political quid pro quos, enabling the South to disenfranchise black citizens and enact policies that controlled black labor.

Because of their fears of national intervention in their racist polices, white Southern legislators aimed to strengthen regional autonomy whenever possible, even when it cost the South prosperity. Their goal, say the authors, was “relatively little bureaucracy in Washington combined with much implementation delegated either to the states or to public-private entities like farm credit boards” that could redistribute resources while preserving racial hierarchy.

Often, white Southern politicians hurt their region’s economic and educational development by blocking policies they feared would upset the South’s racial hierarchy – such as preventing anti-discrimination clauses being attached to social welfare policies. These legislative efforts help explain the deep and ongoing subjugation of African-Americans in the U.S., the authors write, such as the South’s decision to reject massive federal investments in primary education after Reconstruction. The money would have helped modernize the South’s economy and close gaps with the rest of the country’s increasingly industrial and urban market economy – but white legislators were afraid that making such a large investment in education would undermine the region’s racial order.

The legacy of the South’s emphasis on white dominance can be seen today in Congress, the authors say. “Southern legislators designed and implemented the radical diffusion of authority in the House of Representatives, enabling the diversity of Southern policy priorities to be worked out and advanced in the critical legislative committees,” they write. “Through compromise, they also ensured that the creation in the senate of a cloture mechanism that could end a filibuster would only further institutionalize their ability to obstruct legislation that called their region’s racial hierarchy into question.” Added Bateman: “In short, many of the institutional rules that undergirded the long period of depolarization that continued into the 1980s were endogenous to white supremacy.”

There are important lessons to be drawn from this history, said Bateman: “The defense of white supremacy during the critical post-Reconstruction period would not have succeeded without the support and, perhaps more importantly, the indifference of pivotal legislators; an intensely anti-democratic minority was empowered by those legislators who prioritized other issues above democracy.” 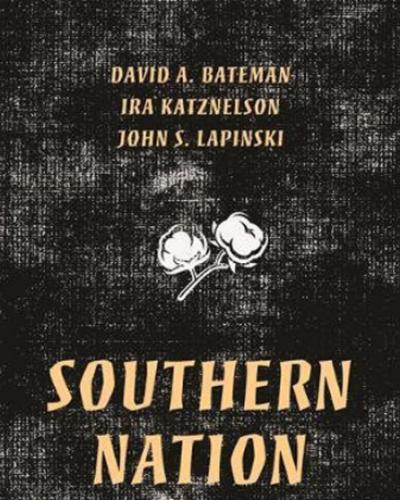