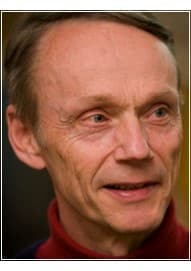 The Katzenstein Prize, in honor of Peter J. Katzenstein, the Walter S. Carpenter, Jr. Professor of International Studies at Cornell University, recognizes an outstanding first book in International Relations, Comparative Politics, or Political Economy.   The prize was established on the occasion of Professor Katzenstein’s 40th Year at Cornell University and has been made possible by the generous support of his colleagues, collaborators, and former students.

The selection committee for the prize changes from year to year, but general questions may be addressed to Jonathan Kirshner jdk5@cornell.edu or Matthew Evangelista mae10@cornell.edu. Nominations and copies of the books themselves should go to the selection committee at the address below.  In fact, sending the book constitutes the nomination.  There is no formal letter required.

We are pleased to call for submissions for the 2020 Peter Katzenstein book prize.  Books eligible for this year's prize should have a publication date of 2019.  To be considered for the 2020 prize, please send two copies of eligible books to the address below before March 1, 2020:

Awarded to Angélica Durán-Martínez for her book The Politics of Drug Violence: Criminals, Cops and Politicians in Colombia and Mexico (Oxford University Press, 2018).

Among the more than two dozen excellent books considered for this year’s prize, Angélica Durán-Martínez’s The Politics of Drug Violence stands out as a timely, original, and innovative analysis of the political economy of drug-related violence and its escalation (and de-escalation) in Latin America. Drawing on the manifold interdisciplinary literatures on political violence, illicit criminal networks, organizational analysis, state capacity, democratization, and civil wars, Durán-Martínez argues that the timing and scope of drug violence vary according to two key factors: the degree of competition in the criminal market and the cohesiveness of the state security apparatus. In doing so, she challenges the conventional wisdom and familiar media portrayals of networked cartels and weak states resulting in rampant drug violence in Latin America. Utilizing an impressive array of qualitative and quantitative data, including interviews in five cities in Colombia and Mexico and a myriad of primary sources that span four decades, she skillfully demonstrates within-country and temporal variation in the types and scale of drug-related violence. In particular, she operationalizes the concept of violence in terms of both its frequency and its visibility, using measures of the methods employed by killers, the number of victims per attack, the type of victims, and public claiming of responsibility by criminal organizations. Her approach is significant for its theoretical rigor and rich empirical contextualization of the cultural and historical “repertoires of collective violence,” as well as policy relevance. This important book offers valuable theoretical insights for the fields of International Relations, Comparative Politics, Political Economy and Security Studies and will benefit anyone interested in understanding state-society relations, democratization, political violence, and drug enforcement policies in Latin America and beyond.

Awarded to Stephen C. Nelson for his book  The Currency of Confidence: How Economic Beliefs Shape the IMF's Relationship with Its Borrowers (Cornell, 2017).

The Currency of Confidence is an outstanding and innovative analysis of the political economy of decision making by the International Monetary Fund. Nelson argues convincingly that the IMF is not the apolitical technocracy that its advocates would have us believe, but rather, guided by an insular set of American-trained economists, the Fund makes policy choices (and political decisions) driven by a shared set of economic beliefs. Moreover, whether or not those beliefs are shared by elites in countries seeking assistance from the IMF has a formative effect on the nature of and prospects for that support. Or, as Nelson explains, “put simply, the IMF has played favorites with its borrowers.” Combining extensive archival research and meticulous quantitative analysis, Currency of Confidence shows how the reach of the IMF extends even beyond shaping the economic policies of its borrowers and influences who actually gets to govern local economies as well. Displaying a remarkable command of relevant economic theory (and its limitations), a knowing sensitivity to the influence of power, and an effortless facility with the politics of ideas and institutional behavior, Nelson’s first book is a model of scholarship in political economy.

Awarded to Yuen Yuen Ang for her book How China Escaped the Poverty Trap (Cornell, 2016).

In How China Escaped the Poverty Trap, Yuen Yuen Ang offers a revisionist theoretical framework that grapples with complexities of institutional adaptation alongside detailed analyses of sub-national variation in development outcomes. In contrast to conventional wisdom that good governance is a requisite for ameliorating poverty, she points out how weak institutions can, at times, allow for innovations in the development of markets. Thus Ang's project contributes to multiple debates, including but not limited to China. Theoretically, her systematic engagement with diverse literatures circumvents disagreement over which came first, democracy or development, to make a field-shifting move to non-linear complex processes. How China Escaped the Poverty Trap goes far beyond saying context matters to show how non-linear processes are simultaneously place-specific in their manifestations (e.g. China) yet general (to a wide range of contexts). In addition, Ang's research offers an exemplar of how to move beyond methodological nationalism through attention to sub-national variation. Beyond area specialists, anyone concerned with institutions, development, or the role of China in the world, should read this elegantly written book.

Demanding Devaluation makes a substantial contribution to the fields of comparative and international political economy.  This well-written, carefully-argued, innovative book addresses a fascinating puzzle: while the consensus among economists -- and the historical experience of countries like China and South Korea -- suggest that exchange rate undervaluation should be the norm among developing countries, a great many such countries in fact maintain overvalued exchange rates. David Steinberg presents an elegant solution to this puzzle by developing a two-part theory that focuses on the power and the preferences of domestic actors.  At the heart of the approach is what Steinberg calls the “conditional preference theory.”  Whereas much theory in political economy assumes that manufacturing firms always prefer undervaluation, Steinberg makes the case that their preferences in fact depend on the nature of national labor and financial market institutions. It is only when state control in those areas solves some of the problems that undervaluation can create for firms that the manufacturing sector should be expected to support under- rather than overvaluation.  Demanding Devaluation’s compelling theoretical framework emphasizes the context-specificity of exchange rate preferences while maintaining that those preferences remain predictable.  The book adds complexity to explanations of the formation of firm preferences, and its extensive quantitative evidence, well-chosen qualitative case studies, and research in multiple languages provide ample support for the argument.  Demanding Devaluation will undoubtedly become an essential read for students, scholars and practitioners interested in the politics of exchange rates—and, more broadly, in the political economy of developing states.

Awarded to Paul Staniland for his book Networks of Rebellion: Explaining Insurgent Cohesion and Collapse (Cornell, 2014).

In Networks of Rebellion, Paul Staniland has produced a theoretically elegant and empirically rich study of the local politics of insurgency.  Staniland convincingly argues that to understand insurgency we must first understand the insurgents and their political networks—how they are organized, why they sometimes flourish, and why at other moments they founder. The influence of Networks of Rebellion is likely to be immense.  Staniland’s scholarship contributes to understanding the national and international politics of insurgency, civil war, and conflict resolution, seamlessly crossing into the fields of comparative politics, international relations, and security studies. The findings of this excellent book should also shape how policymakers think about and respond to insurgencies. In addition to Staniland’s impressive field and historical research, Networks of Rebellion demonstrates how the scholarly literature on networks and social ties has much to contribute to our understanding of contemporary patterns of violence in South and Southeast Asia as well as around the world.  Informed by Staniland’s interpretation of the organizational dynamics of insurgent groups, Networks of Rebellion is an outstanding book that is most deserving of the Katzenstein prize.

Awarded to Katerina Linos for her book The Democratic Foundations of Policy Diffusion: How Health, Family and Employment Spread Across Countries (Oxford 2013).

This impressive book draws on a sophisticated research design, wide-ranging theorizing, and rigorous and creative empirical methods to offer the novel and powerful argument that international models matter in policy choice.  Linos brings together her interests in both political science and international law to study the mechanisms by which democracies adopt health care, family and labor law models from abroad.  Her motivating puzzle is the question of why rich democracies, which have strong domestic policy-building capacities, would need to borrow models from abroad.  She argues that even they find “international benchmarking” useful.  The theoretical framework draws widely from literature on diffusion and on domestic and comparative social policymaking, and the analysis focuses on the role played by the authoritativeness of models promoted by international organizations and by prominent rich states. The study employs cross-country regression models and qualitative analysis to estimate the impact of domestic and international factors on policy choice.  It draws on three types of empirical evidence:  experimental public opinion data, cross-national regressions over eighteen democracies over several decades, and qualitative case studies comparing early and late adopters.  Challenging technocratic arguments about policy diffusion, Linos argues that ordinary voters’ uncertainties and politicians’ reelection concerns are critical to policy diffusion;  international models can help politicians rally voter support behind proposed reforms.  The extensive and innovative research highlights the interactions between the domestic and international realms and applies rigorous social science methods to tell us something new and important about international law.

Awarded to Harris Mylonas for his book The Politics of Nation-Building: Making Co-Nationals, Refugees, and Minorities (Cambridge University Press, 2012).

In a strong field of excellent first books, The Politics of Nation-Building by Harris Mylonas distinguishes itself on several dimensions.  It addresses an important question at the intersection of international and comparative politics by productively combining insights from theories of Comparative Politics and International Relations and by reformulating key concepts in the study of nation-building.   Mylonas argues that certain elements of the international system predispose nation-building élites towards particular strategies: accommodation, assimilation, or exclusion.  These elements include their country’s relationship with other states – whether allies or enemies – and whether foreign states support the non-core groups in the nation-building state.   Mylonas also incorporates in his geostrategic analysis whether the nation-building state itself pursues status-quo or revisionist goals, particularly in regard to its territorial ambitions.  Mylonas fashions creative hypotheses linking these elements and tests them on a body of rich empirical material; his analysis is sophisticated, subtle, and insightful.