Accompanying her new husband on a business trip to Portugal, a woman named Ariel Pryce wakes up alone in their hotel room. She’s positive that something bad has happened to him—but since he has only been gone a few hours, neither the Lisbon police nor the U.S. embassy will take her seriously.

Has he been kidnapped, or worse? And how well does his wife really know him? It’s up to Ariel—a small-town bookseller who’s seemingly unprepared for international intrigue—to figure it out, even if it means putting herself in harm’s way.

That’s the jumping-off point for Two Nights in Lisbon, the latest thriller by Chris Pavone ’89, a bestselling author whose previous outings have garnered top awards in mystery fiction. And as Pavone’s fans will suspect before they even crack open the cover, there’s much more to Ariel than meets the eye.

Her fraught, twisty journey to rescue her husband will not only awaken her memories of past trauma, but threaten powerful men at the highest echelons of U.S. government.

“I defy anyone to read the first twenty pages of this breakneck novel, then try to put it down for five minutes,” superstar author John Grisham says in a blurb.

“It can’t be done. The plot is too devious; the pace is too gripping; and the characters are seldom who they are supposed to be. This is smart suspense at its very best.”

A government major on the Hill, Pavone spent two decades as a book editor before segueing to the other side of the publishing industry. 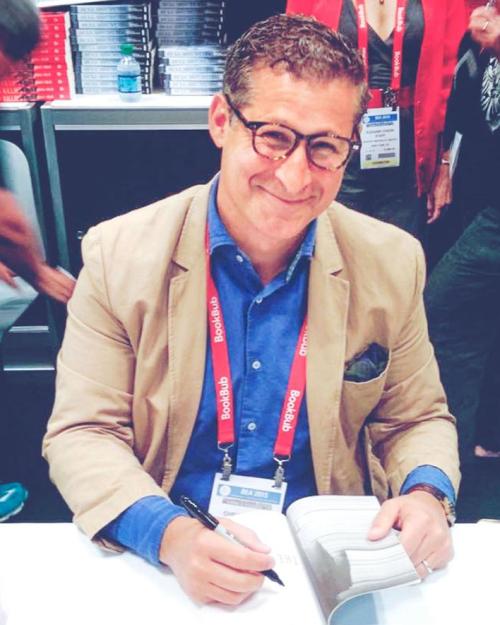