Colleen L. Barry, a nationally recognized policy scholar and leader in the areas of mental health, addiction and gun violence, has been named the inaugural dean of the Cornell Jeb E. Brooks School of Public Policy, Provost Michael I. Kotlikoff announced June 15.

Barry is the Fred and Julie Soper Professor and Chair of the Department of Health Policy and Management at the Johns Hopkins University Bloomberg School of Public Health. Her five-year appointment, which was approved this month by the Executive Committee of the Cornell Board of Trustees, will begin Sept. 15.

As the founding dean, Barry will play an influential role in building the university’s newest school into one of international prominence, developing its academic programs, partnerships across campuses and in major policy centers, and long-term mission to improve lives through evidence-based policy.

“We’re thrilled to welcome Colleen as the Cornell Brooks School’s first dean,” Kotlikoff said. “Colleen brings extensive and highly respected experience in policy research, teaching and engagement at the highest levels of academia and government. She’s the right leader at the right time as we transition from planning to implementation of our vision for a world-class school of public policy.”

Barry, who was also appointed a professor in the Cornell Brooks School, said she’s excited to join a faculty with deep public policy expertise and help create a new campus home for policy scholars and students that will elevate their excellence, impact and visibility.

“It’s an incredible honor and opportunity to serve as the inaugural dean of the Cornell Brooks School,” Barry said. “The school can bring together scholars across disciplines to tackle the biggest public policy challenges we face as a society, both in the U.S. and globally.”

Some of the challenges the school plans to focus on initially, leveraging existing and developing strengths, include: environmental and sustainability policy; health policy; human security; inequality and social policy; the politics and economics of development; data science and technology policy; and race, racism and public policy.

Barry’s appointment follows the announcement of a major gift from Jeb E. Brooks, MBA ’70, Cherie Wendelken and the Brooks Family Foundation that has endowed and named the Cornell Brooks School – support Barry said would accelerate its ability to achieve excellence.

“This gift gives us the ability to hit the ground running,” she said.

So does Barry’s own experience. At Johns Hopkins, she leads the nation’s largest department of health policy and management, home to 80 full-time faculty members and more than 200 adjunct faculty and 350 students, six graduate degree programs and 15 research and practice-based centers and institutes.

She is a founding director of the Johns Hopkins Center for Mental Health and Addiction Policy and the Johns Hopkins StigmaLab; co-chair of the Forum on Mental Health and Substance Use Disorders of the National Academies of Sciences, Engineering and Medicine; a member of the National Academy of Medicine; and has served as a board member and vice president for the Association of Public Policy and Management.

Barry will join a team that has laid a strong foundation for the school announced last year, including a faculty committee’s work to develop a blueprint for its structure, governance and programs.

“An enormous amount of excellent work has been done to establish the mission and structure of the Cornell Brooks School,” she said. “I am excited to partner with faculty leaders to hone the vision for the school, and to move quickly to develop and implement a strategic plan.”

When classes start this fall, the Cornell Brooks School’s inaugural faculty will include the faculty of the Department of Policy and Management, as well as policy-oriented faculty from the Department of Government in the College of Arts and Sciences, and other departments across the university. College of Human Ecology undergraduates studying policy analysis and management and health care policy will also become part of the new school, joining graduate students enrolled in the Cornell Institute for Public Affairs and the Sloan Program in Health Administration.

The school will also house several existing programs that engage directly with federal and state policymakers – including Cornell in Washington, Cornell in Albany and the Institute of Politics and Global Affairs – and Barry looks forward to strengthening connections with Weill Cornell Medicine and Cornell Tech in New York City.

“The exciting ‘win’ of the policy school is creating a single, robust intellectual home for this diverse group of scholars interested in policy work,” Barry said, “and then building out new educational initiatives to create a larger policy footprint for the university.”

Her measure of an outstanding public policy school is simple: “It’s all about making positive change in the world,” she said.

Barry’s research focuses on how health and social policies can affect a range of outcomes for individuals with mental illness and substance use and communities at risk for violence, including understanding how communication strategies influence public attitudes and identifying evidence-based approaches for reducing stigma for vulnerable populations.

Examples include public opinion research in the wake of the Sandy Hook tragedy that informed policymakers about effective strategies for reducing gun violence with broad public support, including among gun owners; and research to build an evidence base for public policies to combat the devastating opioid crisis in the U.S.

Barry has authored more than 200 peer-reviewed publications on a range of health policy topics in top policy and medical journals, and considers communicating research findings a top priority. Through the pandemic, she has been a regular guest host of her school’s podcast, “Public Health on Call,” leading conversations with experts.

Prior to joining Johns Hopkins, Barry was a faculty member at the Yale University School of Public Health from 2004-10. She began her career in government and legislative affairs in Washington, D.C., and worked as a state health policy analyst in Massachusetts.

Barry will move to Ithaca with her husband, Andrew Epstein, their son, Samuel, and Tilly, the family’s rescue dog. 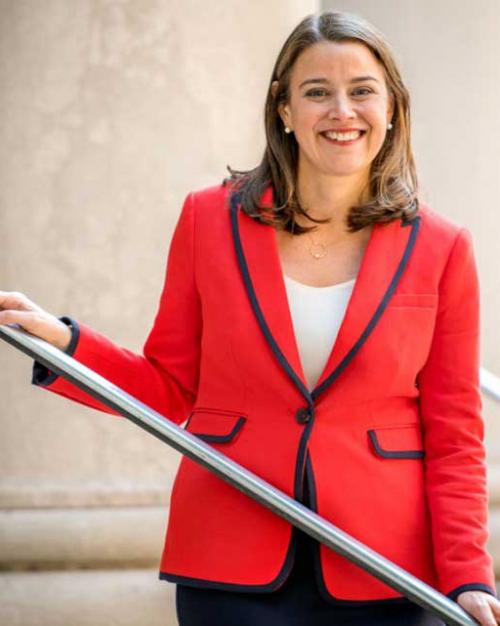 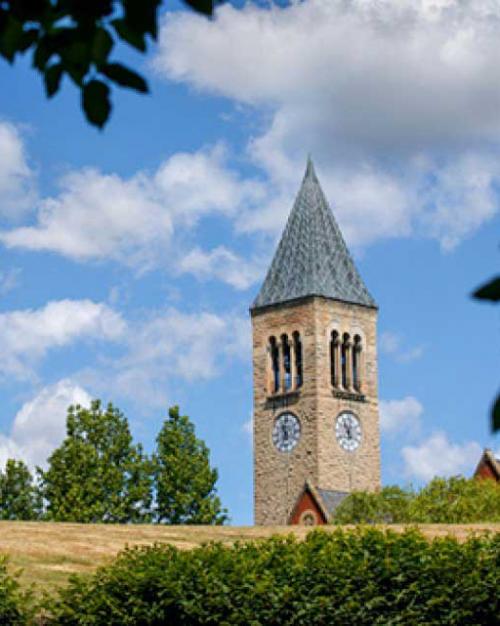