David Bateman, assistant professor of government, was recently named a co-winner of the J. David Greenstone Prize from the American Political Science Association for best book in history and politics, for his book "Disenfranchising Democracy: Constructing a Mass Electorate in the United States, the United Kingdom, and France."

Bateman’s research focuses on Congress, American political development and voting rights. “Disenfranchising Democracy” compares the development of political rights across the three countries. Bateman’s research finds that the first wave of democratization in the United States — the removal of property and taxpaying qualifications for the right to vote — was accompanied by the disenfranchisement of African American men, with the political actors most supportive of the former also the most insistent upon the latter. The United States is not unique in this respect, he found; other countries also saw simultaneous expansions and restrictions of political rights.

"It is an incredible honor to be a recipient of the J. David Greenstone prize, and for my work to be recognized alongside the wonderful “Designing Segregation” by Jessica Trounstine and “Cities on the Hill” by Tom Ogorzalek,” Bateman said. “It is also deeply humbling. All of my academic work has relied on the support of colleagues, friends, mentors and institutions. Their support has allowed me to add my own voice to the extraordinary outpouring of wonderfully rich historical work in political science being produced by academic workers today, and that is an immense privilege of its own."

Bateman has published articles in “Studies in American Political Development,” the “American Journal of Political Science” and “The Forum.” His co-authored book, “Southern Nation: Congress and White Supremacy after Reconstruction,” examines the role of southern members of Congress in shaping national policy from the end of Reconstruction until the New Deal.

He is currently doing research on the black American civil rights movement during the last decades of the 19th century and first three decades of the 20th century, as well as ongoing data collection projects on American state constitutions and 19th century state legislative behavior. 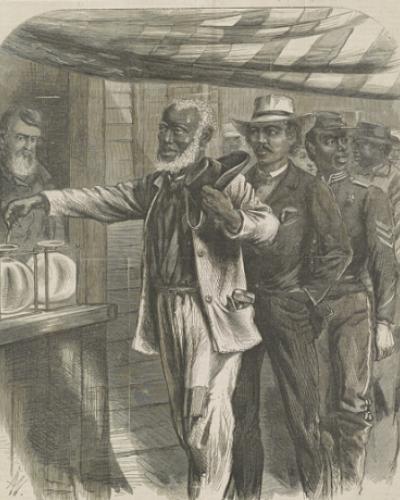 Barbara Cruz: ‘Fearlessly advocate for yourself’