Why did you choose Cornell?

As someone who was constantly on the road, I gravitated toward Cornell's guiding principle of "any person, any study." Browsing the course catalog during my initial research, it was clear to me that the College valued interdisciplinary inquiry, and I felt like I would be able to pursue my interests as they are, instead of fitting them into one strand of inquiry or another. Additionally, I was encouraged by Cornell alumni who spoke so fondly of their time finding their place at Cornell. I hoped to share in this experience.

What was your favorite class and why?

I enjoyed Post-Truth Politics with Professor Cirone a lot. The Facebook Files broke out in the middle of our course, and Prof. Cirone changed the syllabus so that we could explore the case as it developed. We also had our own flat-Earth debate while investigating conspiracy theories, which was a lot of fun. I'm also currently in a seminar called Race and Asia with Professor Roebuck, and it has given me an opportunity to think about race (especially in the context of Asia) in a much deeper, nuanced manner. It's a small class of seven students, yet class time flies by because everyone in the class offers such dynamic input, resulting in a robust discussion each week.

What is your main extracurricular activity and why is it important to you?

Joining Kappa Alpha Pi Pre-Law Professional Fraternity (KAPi) was one of the best decisions I made at Cornell. I never envisioned myself participating in recruitment, but I was lucky enough to have found my community as soon as I transferred. KAPi not only taught me how to seize opportunities in a competitive, high-achieving environment like Cornell, but also allowed me to find people who would support me when I needed a break in the midst of the constant acceleration. In particular, the conversations I had about being a woman of color in academic and professional spaces have been transformative, and I'm extremely thankful for the mentorship I received from my peers. I'm so grateful to have met people who continue to amaze.

What are your plans for next year?

From May, I will be working at the Permanent Mission of the Republic of Korea to the United Nations as a researcher for the First Committee (Disarmament and International Security) in New York City. It was only recently that I became comfortable with the Korean part of my Korean-American identity, and I am thankful to friends and professors who guided me through this realization.

Every year, our faculty nominate graduating Arts & Sciences students to be featured as part of our Extraordinary Journeys series. Read more about the Class of 2022. 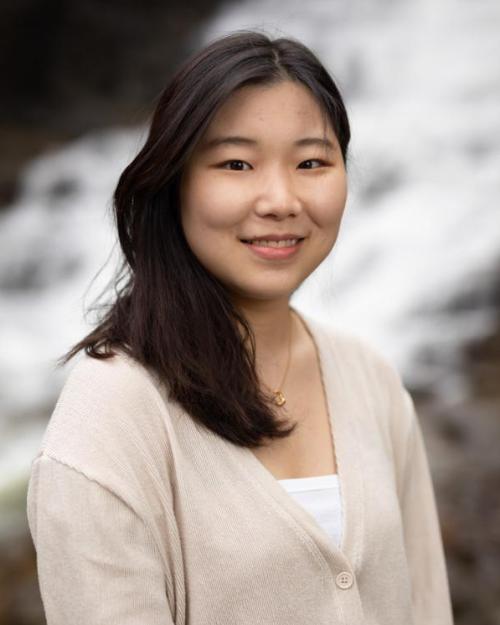