From witnessing a massive peaceful protest to contributing to the success of an international effort to feed the hungry, students completing internships in Washington, D.C. through the Cornell in Washington program are experiencing an in-person summer to remember.

It is a welcome change after two pandemic summers when internships were often dominated by Zoom meetings and remote work.

“Working in the Senate is a fast-paced environment where I am always working on a new project every day,” said Cassidy Christian ’24, a Colorado native in the ILR School who interns with both of Colorado’s senators – Michael Bennet and John Hickenlooper. “Yesterday, I was researching recommendations for the expansion of the Medicaid Program. Today I am investigating how tax incentives can create more affordable housing across the country. I love staying on my toes.”

Students who participate in Cornell in Washington, a program offered through the Cornell Jeb E. Brooks School of Public Policy, live in Cornell’s Wolpe Center in Dupont Circle and then head out to internships that align with their academic interests.

Jimmy Cawley ’24, in the College of Arts and Sciences, was conducting a tour of the Capitol on the day protests broke out after the U.S. Supreme Court announced its historic decision on abortion rights on June 24.

“We barely made it up the stairs towards the second stop before I heard the yells of the Capitol Police telling all the staff to immediately escort their guests out of the Capitol through one of two entrances,” Cawley said. He returned to the office and found the staff watching TV coverage of the protests underway just a few steps away, at the Supreme Court. “It was a surreal moment as I felt like I was truly experiencing a moment of history,” he said.

The police told the staffers to leave the building so Cawley and several others walked over to the Supreme Court building. “People were furious with the decision, yet protested in a calm, nonviolent manner,” Cawley said. “This resonated with me as something that could be and should be American.”

Eileen Kelly ’23, who studies communication in the College of Agriculture and Life Sciences, works in the U.S. Department of Justice’s Office of Public Affairs. On a typical day she researches social media analytics for DOJ events, takes photos at news conferences and helps the department interact with reporters. Kelly had previously wanted to be one of those reporters but is now considering a career in public affairs:

“My previous interest in journalism evolved when I realized how much more I enjoyed being on the other side of the table, crafting the message,” Kelly said. “I found that my classes prepared me to efficiently condense and summarize information, write professionally, and analyze my findings for general trends.”

Working alongside Senior Policy Director Mark Nicholson ’94 (who also participated in Cornell in Washington as an undergraduate), Juan has been meeting with journalists, congressional staff and elected leaders. Along the way, he said he’s applied lessons learned in class and seen up close how influencing the policy process can improve lives.

“We must make sure that people have access to good food at a low cost,” Juan said. “Nutrition extends into health care, where healthier eating results in a healthier population. If we can help low-income people by lowering their food costs, that is a simple way for us to improve and better our health care system.” 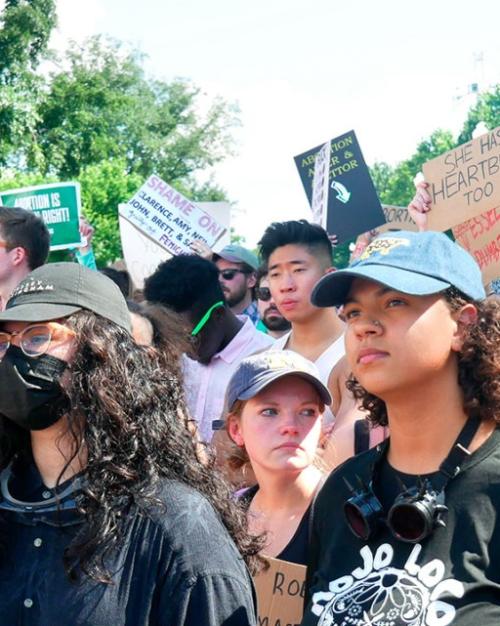