Wendy Leutert, a doctoral candidate in the field of government and international relations, has won a 2015-16 Fulbright-Hays Doctoral Dissertation Research Abroad Fellowship. A total of 86 fellowships were awarded this year.

The fellowship supports research in modern foreign languages and area studies for periods of six to 12 months. Priority is given to projects that deepen research knowledge on and help the United States develop capability in areas of the world not generally included in U.S. curricula.

Leutert holds a master’s degree from Tsinghua University, China, where in 2010 she was the first American student to graduate with a master’s degree in international relations. Her undergraduate degree is in political science and philosophy from Wellesley College.

For her doctoral dissertation, “Shades of Red: State-Owned Enterprise Reform in China,” Leutert will conduct interviews and perform archival research at Peking University in Beijing and the Chinese University of Hong Kong to inform her analysis of the domestic politics behind China’s economic reform.

“My research addresses economic transition in post-communist states, the role of interest groups in non-democracies, and the evolving relationship between the state and market in China,” Leutert said.

She credits her faculty mentor, Peter Katzenstein, the Walter S. Carpenter Jr. Professor of International Studies at Cornell, and the Department of Government’s strengths in comparative politics and political economy, for inspiring her to research China with a comparative perspective. “Ultimately,” she said, “this led me to focus my research on the reform of China’s state-owned companies.”

“Wendy’s dissertation is informed by a comparative perspective, while retaining its primary focus on China,” Katzenstein said. “The hope is that some of the insights that she will glean from her work will be useful for making us understand the dynamics of state-owned enterprises in other parts of the world.”

Leutert explains that she first became interested in Chinese politics during college when she interned at the Hong Kong Legislative Council through a summer program funded by the Luce Foundation. “But further study,” she said, “would have been impossible without Cornell’s support a decade ago, when I received a fellowship to complete the FALCON Program [Full-Year Asian Language Concentration] in Mandarin Chinese. Language skills provide a foundation for building international experiences.”

She continued, “International study and collaboration make contemporary issues come alive. By working with other experts, you develop a broader and more accurate sense of what is really happening in the world.”

Leutert plans to build an academic career based on field-based research and collaboration with scholars in the United States and China.

The Fulbright-Hays Doctoral Dissertation Research Abroad Fellowship is a prestigious national program awarded by the U.S. Department of Education; at Cornell the awards are administered by the Mario Einaudi Center for International Studies. 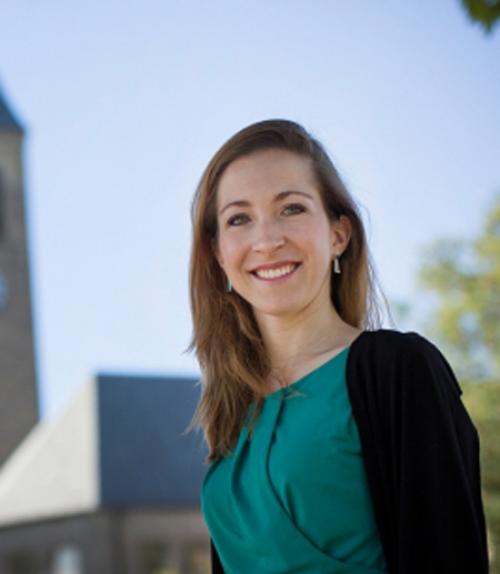