An expanded scholarship fund will support undergraduates with financial need in the College of Arts & Sciences.

The Todd L. Kiplinger '68 Scholarship was established 13 years ago and has supported nine students, including some students for multiple years of their college experience. A new bequest from Todd Kiplinger’s estate will allow the scholarship to expand to support either a greater number of students or students who have greater financial needs.

"A multi-generational Cornell family, the Kiplingers have always stood for excellence in information and education,” said Michelle Smith, senior associate dean for undergraduate education in the College and the Ann S. Bowers Professor in the Department of Ecology and Evolutionary Biology. “Todd Kiplinger's most recent gift ensures that students in the College of Arts & Sciences have access to an unparalleled-yet-affordable education. By supporting an endowed scholarship fund, his generosity and his legacy will live on."

Kiplinger majored in government and, as an alumnus, served on the Arts & Sciences Advisory Council for 20 years. His father, Austin H. Kiplinger '39, was a longtime Cornell trustee and chairman of its board, and his brother, Knight '69, served for many years on the Cornell University Council.

Austin and Knight Kiplinger established the Todd L. Kiplinger ’68 Scholarship in Todd's memory after his passing in 2008. Todd posthumously added significantly to it with a bequest that was fulfilled this year.

Todd Kiplinger spent his entire career with his family's financial publishing company, Kiplinger Washington Editors, Inc. For most of his 38 years at Kiplinger, he helped manage the company’s portfolio of financial assets and real estate in Washington D.C., Maryland and Florida. He was vice chair of the board of directors and vice president for investments.

Kiplinger Washington Editors. Inc. was founded in 1920 by Todd’s grandfather, journalist W.M. Kiplinger. Until its sale to a British media company in 2019, the publishing company was the last major Washington-based publisher owned and managed by its founding family. It produces The Kiplinger Letter, Kiplinger’s Personal Finance magazine, The Kiplinger Tax Letter, Kiplinger.com and other publications on personal finance and business forecasting.

Todd Kiplinger was also a longtime trustee of the Kiplinger Foundation, a family foundation that supports education, the arts and community services. In 2008, he, Austin and Knight Kiplinger were jointly honored by the Anti-Defamation League for their roles in the civic life of Washington.

The Kiplinger family's affection for Cornell is reflected in numerous facets of the university, including the Kiplinger Theatre in the Schwartz Center for the Performing Arts, an endowed chair in economics, support for the renovation of Lincoln Hall and three endowed scholarship funds. 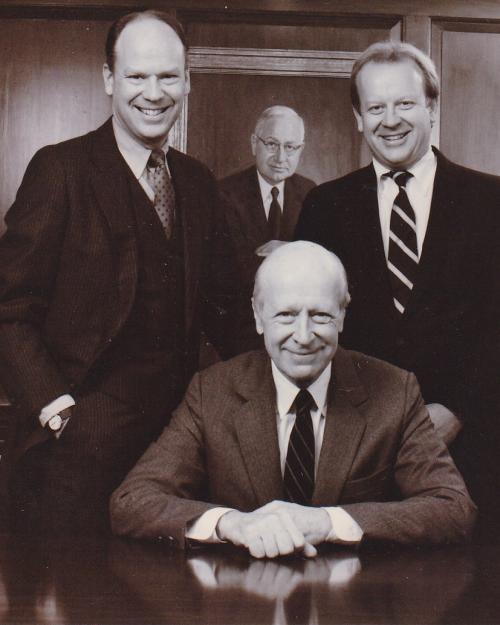