The next event in the Democracy 20/20 Webinar series will examine whether the U.S. will be able to hold free and fair elections this fall and how challenges to such elections can be overcome. The webinar will take place on Tuesday, July 21 from 1:00 p.m. to 2:15 p.m. (ET). The event is free and the public is invited; registration is required.

The panelists include Amel Ahmed, Jake Grumbach, and Richard Hasen. David Bateman, associate professor of government, will serve as moderator.

The Democracy 20/20 Webinar series is hosted by the American Democracy Collaborative. As the collaborative notes, free and fair elections are an essential element of representative democracy, enabling societies to resolve conflict peacefully and permitting the people to select their public officials and hold them accountable.

“Americans’ confidence in the legitimacy of elections has declined in recent years, battered by partisan voter suppression efforts and the erosion of the Voting Rights Act, Russia’s persistent attempts to disrupt American elections, and President Donald Trump’s unfounded charges of electoral fraud,” the ADC notes in their event invitation. “Now the coronavirus pandemic presents additional obstacles.”

Bateman’s research focuses on democratic institutions, with a particular focus on voting rights and representation. He is the author of “Disenfranchising Democracy: The Construction of the Electorate in the United States, United Kingdom, and France” (Cambridge University Press), which received the 2019 J. David Greenstone Prize; and co-author, with Ira Katznelson and John Lapinski, of “Southern Nation: Congress and White Supremacy after Reconstruction” (Princeton University Press), which received the 2020 V.O. Key Prize.

Ahmed is associate professor of political science at the University of Massachusetts Amherst. Her work focuses on comparative democratization, with a special interest in the origins of electoral institutions and the unintended consequences of electoral reform. She is author of “Democracy and the Politics of Electoral System Choice: Engineering Electoral Dominance” and numerous articles on democratization in both historical and comparative perspective.

Grumbach is an Assistant Professor of Political Science at the University of Washington and a Faculty Associate with the Harry Bridges Center for Labor Studies. Grumbach’s research focuses broadly on the political economy of the United States, with an emphasis on public policy, racial and economic inequality, American federalism, and statistical methods. Previously, Grumbach was a Postdoctoral Fellow at the Center for the Study of Democratic Politics at Princeton University, and received his PhD from UC Berkeley in 2018.

Hasen is Chancellor’s Professor of Law and Political Science at the University of California, Irvine. Hasen is a nationally recognized expert in election law and campaign finance regulation, writing as well in the areas of legislation and statutory interpretation, remedies, and torts. His newest book, “Election Meltdown: Dirty Tricks, Distrust, and the Threat to American Democracy” was published by Yale University Press in 2020. 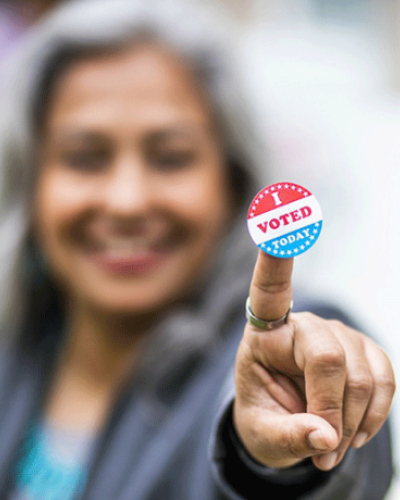