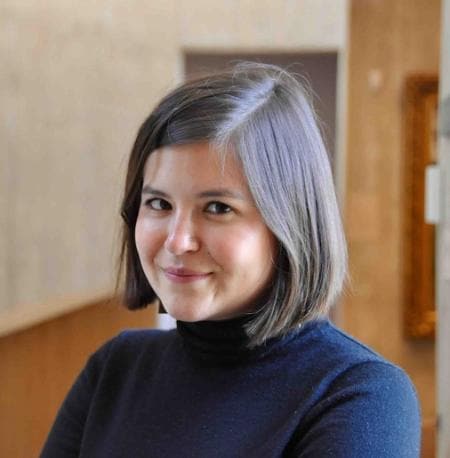 I am a feminist political theorist, whose research is primarily concerned with the question, “Who gets a say in politics?” In my dissertation, I ask after why women are not heard as authoritative speakers and how they overcome this obstacle in plays spanning classical Athens to 20th century France. Theories of political interlocution often operate on a dyadic speaker-listener model, by which speakers take up the rhetorical strategies of existing power-holders, institutions, and publics in order to make themselves heard. By contrast, I forward a theory of audience-making to account for how women constitute themselves as authoritative speakers vis-à-vis a third-person audience. I engage in sustained analysis of the politics, cultural contexts, and dramaturgical techniques of plays by Sophocles, Euripides, Simone de Beauvoir, and Hélène Cixous I demonstrate how playwrights shape their audience’s phenomenological experiences of the temporal, spatial, and imaginary dimensions of women’s voices in these plays, so as to make and move audiences to listen, reflect, and interrogate the stakes that underpin women’s demands to be heard as voices of authority.

My broader research interests lie in the history of political thought, feminist theory, and contentious politics. I also have keen interest in questions of method and historiography in political thought (with respect to literary works and visual culture as artifacts of political inquiry), the relationship between truth and politics (in the 20th century German and French contexts), and deliberation in the democratic public sphere (especially in pluralistic societies). Inherently interdisciplinary, my research has been enriched by insights drawn from performance studies, media theory/Medienwissenschaft, and literary criticism, as well as my work as an editorial board member of the journal Diacritics.

My work has been supported by the Cornell University Society for the Humanities, the Dean’s Working Group in Media Studies, the Department of Government, the Institute for European Studies (Mario Einaudi Center for International Studies), and the Deutscher Akademischer Austauschdienst (DAAD).