On Thursday, the U.S. House of Representatives passed H.R. 51, a bill that would make the District of Columbia the 51st state.

David Bateman, professor of government at Cornell University, is an expert on congressional politics and author of the book, “Southern Nation: Congress and White Supremacy after Reconstruction.” He says while much of the critique of H.R. 51 is political, the bill represents a decision about whether residents of DC merit equal rights of citizenship.

Bateman says: “The statehood bill for DC is being critiqued as an unconstitutional power grab. Statehood decisions have been evaluated in part for their partisan implications since the admission of Ohio in 1803 (designed to disadvantage Federalists) up to the admission of Hawaii and Alaska (the first expected to be reliably Republican, and the second reliably Democratic).

“The partisan implications for DC are less consequential than for most new states: the 23rd amendment provides DC residents with a say in presidential elections, and would become simply another dead letter in the Constitution, and so DC would get one or two out of 435 representatives and two out of 102 senators. Statehood is political in a more profound way: it's a decision about whether the inhabitants of a particular place want and merit inclusion.

“The implications for national politics would be important but modest relative to other states' admissions. What would be gained for DC would be much more significant: direct and equal representation in the most important branch of government, and an acknowledgment that its residents – nearly half Black – merit equal rights of citizenship.” 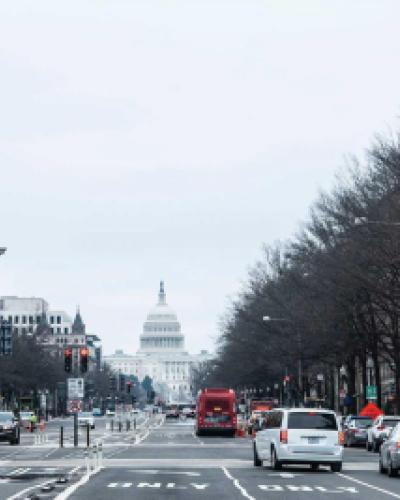