Sabrina Karim, assistant professor of government, and her co-author Kyle Beardsley, Duke University, have been awarded the 2018 Conflict Processes Section Best Book Award from the American Political Sciences Association for their  book, “Equal Opportunity Peacekeeping: Women, Peace, and Security in Post-Conflict States” (Oxford University Press, 2017). The award is given every two years for the book making the most outstanding contributions to the study of any and all forms of political conflict, either within or between nation-states, published in the two calendar years prior to the year in which the award is given.

“Equal Opportunity Peacekeeping” is an empirical exploration of peacekeeping with an emphasis on the implications for gender (in)equality in and through missions. Karim and Beardsley explore to what extent peacekeeping operations have achieved gender equality and been vehicles for promoting gender equality in post-conflict states. The authors argue that gender power imbalances between the sexes and among genders place restrictions on the participation and contributions of women in peacekeeping missions. They examine how discrimination, a protection norm (a relegation of women to safe spaces), and sexual exploitation, abuse, harassment, and violence continue to threaten progress on gender equality, and look at the origins and consequences of these challenges.

The book has also received the Conflict Research Studies Best Book Prize for 2017.

Karim’s research focuses on conflict and peace processes, particularly state building in the aftermath of civil war.  She studies international involvement in security assistance to post-conflict states, gender reforms in peacekeeping and domestic security sectors, and the relationship between gender and violence.  Much of her research has been in sub-Saharan Africa, where she has conducted field experiments, lab experiments, and surveys. 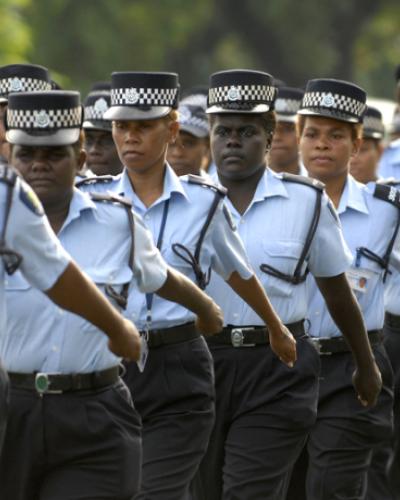