The U.S. incarcerates a greater proportion of its population than any other country in the world, with dire social and economic consequences for the incarcerated, their children and those who work in the criminal justice system. In his new book, “Incarceration Nation: How the United States Became the Most Punitive Democracy in the World” (Cambridge University Press), Peter Enns sheds new light on why.

Most studies of the incarceration rate increase have focused on the top-down story of politicians like Barry Goldwater, Richard Nixon and Ronald Reagan pushing punitive policies. Enns’ research finds a different answer.

“I developed a measure of punitiveness over time and discovered that politicians were reacting to public opinion instead of the other way around,” said Enns, associate professor of government. Public opinion, not politicians, was driving changes in the criminal justice system.

In his research, Enns looked at the rhetoric of presidential candidates and compared it to their policies post-election, using archived material such as Nixon’s internal memos. It was surprising, Enns says, to see what these leaders’ attitudes were toward public opinion polls.

Lyndon Johnson, for example, was not particularly punitive during his election campaign, but after he was elected he began to mimic Barry Goldwater’s tough-on-crime attitude, following the increasing punitiveness of the public as the crime rate increased. “If Johnson had stuck to his original policies, the incarceration rate wouldn’t have increased as it did,” notes Enns.

As the crime rate increased between 1960 and 1990, the media offered heavy coverage of criminal activity. “But it’s well known that crime is not accurately reported,” says Enns. “There’s an overemphasis on violent crimes and crimes committed by minorities, which gives people a skewed view.”

However, Enns’s research offers the first evidence that despite this skew, changes in media coverage of crime closely match changes in the actual crime rate. Enns credits the media’s influence for the peak of public punitiveness in the 1990s, resulting in laws like three-strikes-you’re-out and mandatory sentencing.

Another point Enns makes is the benefit of incarceration in crime reduction decreases as incarceration increases. The reason is simple: the worst criminals are locked up first. As a result, spending more money to lock more people up turns out not to be as effective at reducing crime as spending that same amount of money on more police.

In the last few years, though, the public’s punitiveness has been on the decline. Politicians on both sides of the partisan divide have begun to take note, with increasing political rhetoric and proposed policies focused on alternatives to incarceration.

Enns’s research, and his personal experience as faculty director of Cornell’s Prison Education Program, show this change in public attitude is a positive one. This summer he will teach a course at Auburn (New York) Correctional Facilty called Politics of Unequal Education.

“Education opportunities in prison are important for those who are incarcerated, and it reduces recidivism,” says Enns. But one result of the punitive policies of the last 50 years was that prison education no longer qualified for PELL grants, ending most prison education programs. That is starting to change, Enns says.

In addition to his role as executive director of the Roper Center for Public Opinion Research at Cornell, Enns is team leader for the Institute for Social Sciences’ “The Causes, Consequences, and Future of Mass Incarceration in the United States” collaborative project. 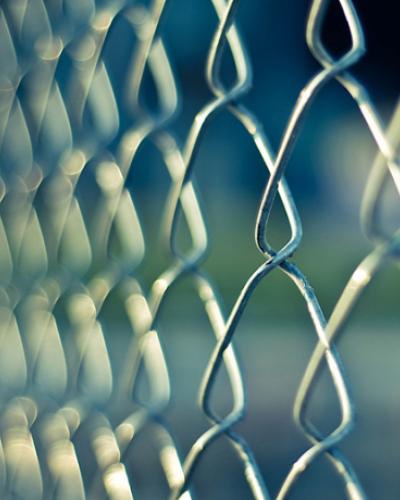