A professorship has been established in the College of Arts & Sciences to honor Walter LaFeber, the Andrew H. and James S. Tisch Distinguished University Professor Emeritus in the Department of History, who died March 9 at the age of 87. Tom Pepinsky, a Tisch University Professor in government, will be the inaugural Walter F. LaFeber Professor.

The professorship was created thanks to a gift from Andrew H. Tisch ’71 and Ann Rubenstein Tisch. 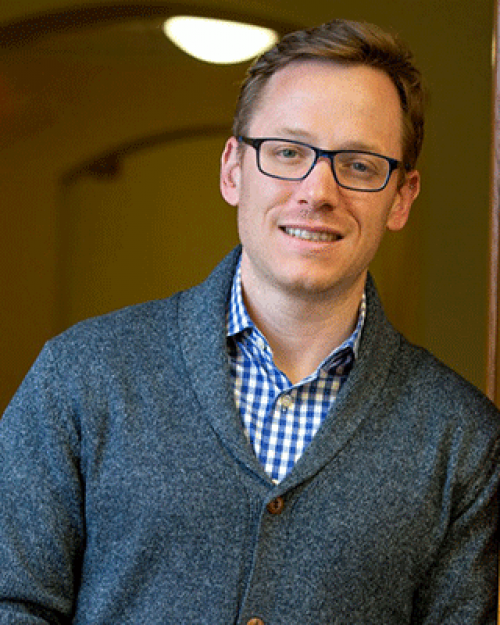 “Walt was one of my heroes, just an exceptional person who became a friend over the years,“ said Andrew Tisch, who audited many of LaFeber’s lectures as a student, though not officially enrolled in his classes. “I developed a lifelong passion for government, diplomacy and international affairs. Those classes expanded my horizons and gave me much more depth. That’s what the university is all about.”

A hotel major, Tisch said he would do the readings for LaFeber’s classes, which students just called “Walt,” and would sometimes attend sections, pretending to be an enrolled student. The world, during the years of 1970-71 was “going to hell” at that time, Tisch said, between the Vietnam war, racial tensions and struggles for women’s and gay rights. But “two consistencies  you had at Cornell that everybody could agree on were Walt and Cornell hockey.”

A testimony to LaFeber’s impact, Tisch said, was that, among his many students, two served as national security advisors to presidents —Steven Hadley ‘69 to president George W. Bush from 2005-2009 and Sandy Berger ‘67 to President Bill Clinton from 1997-2001. “He was training people on both sides of the aisle,” Tisch said.

“Honoring Walt LaFeber with the naming of a professorship is a fitting tribute to one of the university’s great teachers,” said Provost Michael Kotlikoff. “The Tisch family has been so generous in their support of Cornell’s finest scholars, and we are so grateful for their creative and on-going help as we seek to retain and recruit the most talented faculty.”

Pepinsky, a scholar of Southeast Asian Studies and Comparative Politics, has expertise in local, national, and global political economy; religion, ethnicity, and identity; Southeast Asian area studies; and research methodology. He currently serves as a Nonresident Senior Fellow at the Brookings Institution and as a Faculty Fellow in the Atkinson Center for a Sustainable Future. Pepinsky currently sits on the editorial board for World Politics and serves on the steering committee for the International Political Economy Society.

“I am humbled and honored to be named Lafeber Professor,” Pepinsky said. “Walter Lafeber was an inspirational scholar and teacher here at Cornell who embodied the best of this institution, and it is my privilege to follow his example.”

Fear year: Pandemic politics made us anxious, but hardly safer

Next Up for PSAC: Charli Carpenter, University of Massachusetts-Amherst