A bipartisan group of lawmakers hopes to shape Congress’ response to the COVID-19 pandemic and encourage a less divisive – and more productive – climate in Washington, a pair of members said during a Cornell forum April 23.

U.S. Reps. Tom Reed and Josh Gottheimer, co-chairs of the Problem Solvers Caucus, joined a “teletown hall” hosted by the Institute of Politics and Global Affairs to discuss their efforts to lead “Bipartisan Strategies for a Post-COVID-19 America.”

They said ideas endorsed by their caucus of 25 Republicans and 25 Democrats had helped forge bipartisan action on early emergency spending and could serve as a foundation for future aid and stimulus bills, including a $484 billion package the House approved hours later – the fourth passed since the coronavirus outbreak.

“We’ve gained that credibility of the group that gets people together, that builds consensus,” said Reed, a Republican whose upstate New York district includes Tompkins County, home of Cornell’s Ithaca campus. “We’re becoming known as kind of the incubator, the lab where that common ground is.”

“We all need to be putting party aside and country first,” added Gottheimer, a Democrat who represents northern New Jersey. “When we are facing a pandemic, which is causing a true public health and economic crisis, you’re seeing … us all coming together.”

That spirit underpins the year-old Institute of Politics and Global Affairs, which director Steve Israel, a former Democratic congressman from Long Island, described as “relentlessly bipartisan” in its mission to deepen political discourse and raise understanding.

Past events have featured Nancy Pelosi, the Democratic speaker of the House, and Reince Priebus, former chief of staff to President Donald Trump.

The April 23 discussion helped launch the institute’s new Bipartisan Policy Review, a platform for highlighting cooperation and policy innovation across party lines, said Israel, a government professor of practice in the College of Arts and Sciences.

“When Republicans and Democrats are working together,” Israel said, “we want you to know about it.”

The inaugural issue features nine articles, each co-authored by a Republican and a Democrat – a requirement for submission – including one by Reed and Gottheimer arguing that Congress should update nearly 20-year-old authorizations for the use of military force.

“If I talk about bipartisanship, I can almost hear the ratings plunge,” Israel joked. “But you get into a good fist fight, everybody wants to watch.”

The congressmen said they were tired of gridlock and exhausted by partisanship when they helped establish the Problem Solvers Caucus four years ago. The caucus endorses positions and legislation once at least 75% of members are in agreement. Those members build trust through weekly meetings and commitments not to campaign against each other or fund opponents, the co-chairs said.

“The Problem Solvers Caucus can be and is becoming a very, very effective group in Washington,” said Andrew Tisch ’71, an emeritus member of the Cornell Board of Trustees, member of Weill Cornell Medicine’s Board of Overseers and founding member of the institute.

Reed and Gottheimer pointed to the caucus’s “Reopening and Recovery ‘Back to Work’ Checklist” as a blueprint for health care and economic policies needed to combat the pandemic, which to date is responsible for more than 50,000 U.S. deaths, according to the Centers for Disease Control and Prevention, and more than 26 million initial jobless claims over the last five weeks, according to the U.S. Department of Labor.

The nine-page checklist includes calls for “rapid and ubiquitous” testing and adequate personal protective equipment, as well as relief for businesses and for state and local governments.

“The virus knows no bounds,” Gottheimer said. “In the greatest country in the world, if we work together, there’s no challenge we can’t overcome.”

The Problem Solvers Caucus, Reed said, hopes to “try to shape the policy and to avoid the partisanship and to show the country, as well as D.C., this is where the common ground is and let’s unite around it.” 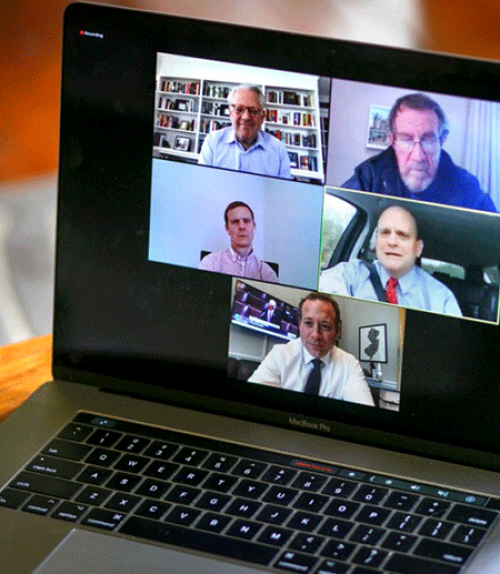 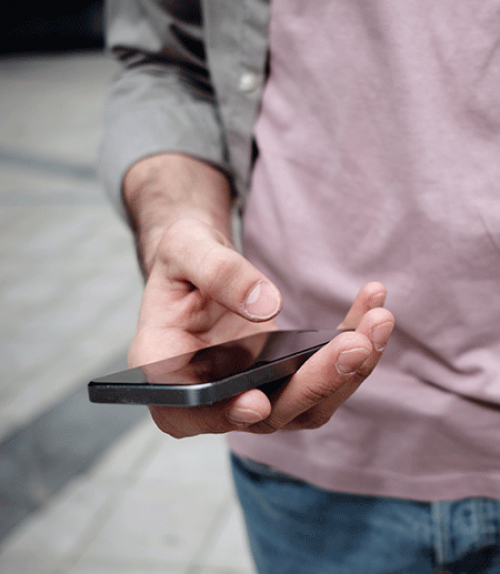