On the heels of President Donald Trump’s decision to pull the United States out of the Paris climate agreement, a new Cornell study finds that climate-science labels do matter.

The U.S. public doubts the existence of “global warming” more than it doubts “climate change” – and Republicans are driving the effect, the research found.

The research appeared May 14 in the journal Climatic Change.

Some Republicans may discredit climate science because they may not like the policies that have been proposed to address the problem, said the study’s co-author, Jonathon Schuldt '04, assistant professor of communication.

“Acknowledging the reality of global warming or climate change may lead to new government regulations on businesses, which goes against core conservative values,” Schuldt said. “So, telling a pollster that the phenomenon isn’t happening may reflect something about a person’s general policy preferences, not just their level of certainty that the global climate is changing.”

The wording effect the researchers identified is especially relevant given Trump’s decision to withdraw the United States from the Paris climate agreement, Enns said. “Nearly 75 percent of Republicans in our sample indicated that climate change is really happening and almost all coverage of Trump’s decision on this issue emphasizes the word ‘climate,’” he said.

“Our results suggest that Trump’s emphasis on ‘global warming’ may be an effective rhetorical strategy that resonates with his Republican constituents, who express more skepticism in response to that term in particular,” said Schuldt.

The study stemmed from a course that Schuldt and Enns co-taught, “Taking America’s Pulse: Creating and Conducting a National Opinion Poll.” In it, undergraduate students designed and implemented a nationally representative survey of the American public. Each student created a survey question, on topics that ranged from sports to religion. As a student, co-author Victoria Cavaliere came up with the question that tested whether the U.S. public, and Republicans and Democrats in particular, would respond differently when asked whether global warming versus climate change exists.

In October 2016, the class surveyed 1,450 adults. When they asked respondents whether climate change exists, 85.8 percent said “yes.” But when they asked whether global warming exists, fewer – 80.9 percent – said “yes.” The researchers call it a modest but statistically significant difference. Importantly, the effect was twice as large when looked at through the lens of political affiliation.

The research is similar to an earlier study co-written by Schuldt; the questions in that survey included references to temperatures going up versus changing. The new research focused the question to specifically identify participants’ beliefs about the existence of climate change versus global warming.

While the two terms are often used interchangeably, they mean different things. Global warming refers to the rising global average surface-level temperatures that scientists have linked to human activities (mainly fossil fuel combustion). Climate change refers to broader changes to the climate, such as increased rainfall and ocean acidification, they said.

Although the United States seems to be entering a new era of climate politicization, the chasm between Republicans and Democrats on climate science might not be as large as it seems, Schuldt said.

“If you ask people what they think about climate change – not global warming – we find that the partisan gap shrinks by about 30 percent,” he said. “There’s actually more agreement here than we think.”

This story first appeared in the Cornell Chronicle. 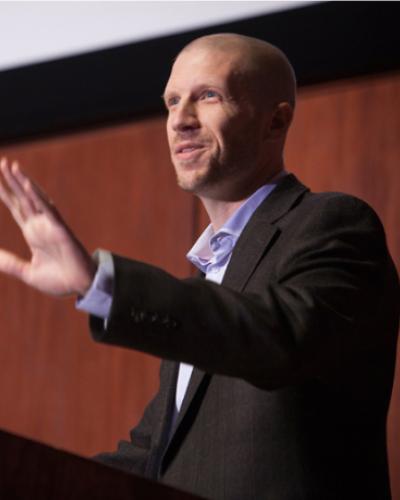