Roland Molina ’22 did not enlist in the Marine Corps for the glory.

His motivation to enlist came from a much more unlikely source: the time he spent in Veterans Affairs (VA) hospitals as a child.

Molina would often accompany his father, a 24-year U.S. Army veteran and immigrant from El Salvador, to the VA hospital. He would translate words, or help with paperwork, and observe those around him.

“The waiting rooms were filled with veterans from the Vietnam War, and earlier on, even some from World War II, and I gained that appreciation for veterans and what these men and women did for their country,” Molina said. “I attribute everything to those experiences – both my service and what I want to do for veterans now.”

He has also strengthened connections to the veteran alumni community and worked with the administration to increase recruitment of veterans. He was one of 10 finalists for the Student Veteran of the Year award conferred by Student Veterans of America, an organization with 1,500 chapters representing 750,000 student veterans. This honor was a testament, he said, to Cornell’s progress.

“I couldn’t have achieved as much for veterans if I wasn’t at Cornell,” he said. “We have the support of our administration and a desire from our community to grow and achieve more, not just for veterans but across the Ivy league.”

Molina’s efforts have dovetailed with a 2017 directive by Provost Michael Kotlikoff to increase enrollment of and support for veterans. In 2019, Cornell hired the university’s first full-time student veteran adviser and program manager, retired Marine Corps 1st Sgt. Mary Fisk, who leads a number of efforts to help veterans succeed and find belonging at Cornell. Last year, in addition to the opening of the student veterans house, a group of alumni formed the Cornell Military Network, extending the Cornell veteran community – and advocacy for it – beyond graduation. More than 200 veterans are currently enrolled at Cornell; 93 of those are undergraduates.

“The university made a commitment to increasing the number of student veterans and our support for them on campus, and our success has made the Cornell community more inclusive – fulfilling our ‘any person’ legacy – and more diverse in several ways,” said Provost Michael Kotlikoff. “Roland has brought extraordinary leadership, perspective, and a deep commitment to serving his community – all qualities that make student veterans invaluable to Cornell.”

Molina enlisted in the Marine Corps before he had even graduated from high school, against the wishes of his mother – also an immigrant, from Mexico – who wanted him to attend college. But Molina was set on service. He enrolled in a Delayed Entry Program that allowed him to finish high school as he prepared for duty. After graduation and months of training, he was stationed on Hawaii, where he served as a military police officer at Marine Corps Base Hawaii Kaneohe Bay, the Marine Corps’ foothold for the Pacific and one of the first sites that was bombed during the 1941 attack on Pearl Harbor. Molina’s charge was to keep the base and the community within it safe; his first assignment was guarding a gate, but he soon moved on to supervisory roles, and by the time he finished his active duty, he had advanced to desk sergeant, with around 20 people under his supervision. He was 23 years old.

“One thing that can set veterans apart in the college environment is the level of responsibility we’ve already experienced,” he said. “It adds a totally unique level of maturity.”

After five years, Molina declined to reenlist, partly for personal reasons – he wanted to marry his high school girlfriend, now his wife, who was training to be an officer at the U.S. Naval Academy. But Molina also wanted to play a different role.

“I felt genuinely that I could effect a more positive change outside of the military than I could within it,” he said. “I’ve always had a big interest in politics, but I wasn’t going to be able to pursue that as an active member of the military. I was going to need an education.”

Honoring his mother’s wishes, Molina enrolled in San Diego Mesa College, a community college, and after a year and a half of studying, started applying for four-year colleges. He applied to Cornell after seeing it on the Common App website.

Molina will graduate in May with a B.A. in government and minors in Latino/a Studies and Latin American/Caribbean Studies. He plans to pursue an advanced degree and a career in politics and credits Cornell for opening doors. “I never thought I would have this breadth of possibilities,” he said. “I’ll continue to define my life by a dedication to public service. I want to serve the American people and reach the highest levels of decision making to really effect a difference in this country.”

Now, as a resident of the veterans’ program house, Molina is enjoying the community he’s helped build. “We have a tremendous community of veterans ready to support each other and make each other feel at home at Cornell,” he said. “Even if they aren’t a resident here, the veterans on campus know they have a space they can come to, and that is huge.”

Molina plans to continue his involvement as an alum, working to increase veterans’ access to a Cornell education and to secure more support for them once they arrive in Ithaca. “Veterans bring valuable leadership, experiences, perspectives, and diversity,” he said. “We’ve already achieved so much – we really feel like veterans belong at Cornell. With the help of alumni, administrators, and supporters we’ll continue to advocate for veterans and their needs.” 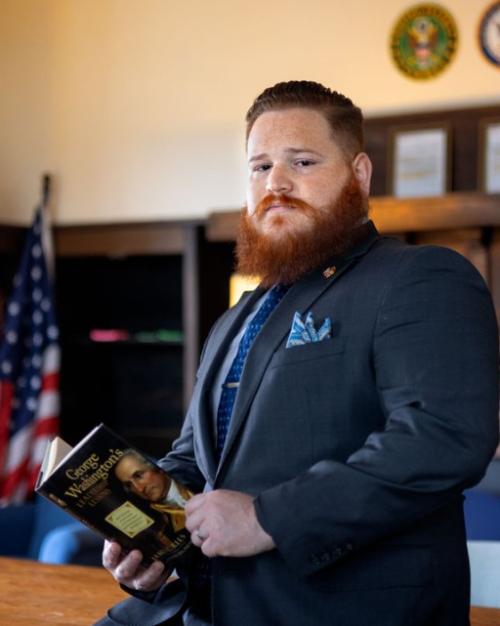 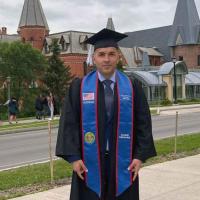 For those who dream, Cornell is your place, says Farid Ferdows ’21 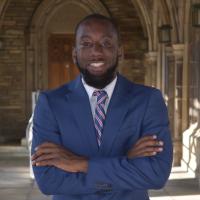