Darnell Epps ’21 is a government major at Cornell’s College of Arts and Sciences and a research assistant for the Cornell Center on the Death Penalty Worldwide. His older brother, Darryl, was a member of the summer 2017 Justice in Education cohort at Columbia University and has counseled at-risk youth.

Both were incarcerated in a maximum-security prison for 17 years, spending 10 of those years sharing the same cell. Both defied the statistics indicating they would never be granted parole or see the outside of a prison wall again. Both received an education through the Cornell Prison Education Program that opened doors for them.

“I was 13 years old when I was first escorted through a courtroom wearing shackles and chains,” said Darryl, recounting his story in a Soup & Hope talk, March 29 in Sage Chapel. He had run away from home, and the experience of seeing people pointing at him in those chains made him determined to never wear them again. But once released, Darryl returned to the streets, where “I had peers whose lives at home were similar to mine and where I felt safe.”

At age 21, Darryl was back in the courtroom wearing chains. This time, he had confronted someone and “because of that altercation, another man lost his life.” Darryl was given a prison sentence of 17-and-a-half years of life. “I realized I deserved it because what I did was wrong,” he said.

Darnell, who is a year younger and had been with Darryl when the altercation occurred, was given the same sentence. “We had little reason to be optimistic,” Darnell recalled. When they entered prison, Darnell said, “only three percent” of violent offenders serving life sentences were granted parole.

As he was led out of the courtroom, Darryl looked back at his mother, his newborn son, and the grieving family of the man whose life he had taken. Imprisoned and feeling shame and regret, Darryl was given a scripture verse that resonated with him. He resolved that he would become the best father and son possible. He wrote and called his son often during his prison term.

The brothers found faith in God and, as Darryl said, resolved to become “drum majors for good.” They learned as much as they could through the prison’s youth assistance program, where they met Mary Katzenstein, the Stephen and Evalyn Milman Professor of American Studies, and Cornell students. They also participated in the Cornell Prison Education Program. “We realized we had a social responsibility when we got out to be shining examples for other young men and women still incarcerated,” Darryl said. “Our faith inspired us, our family supported us and Cornell lifted us up and gave us opportunities.”

Within a year, Darnell earned a GED diploma and vocational certificate, and he later took a job in the prison law library, where for 16 years he mentored and assisted inmates with their appeals. He dedicated himself to legal studies and had just lost his final appeal when the Cornell program began at Five Points Correctional Facility.

“The program was a reaffirmation of my humanity, a way for me to find a sense of purpose,” he said. “The interactions with the teaching assistants and faculty were amazing; they let me know there was a place in society for me.”

When Darryl’s son wrote his college admission essay, “Overcoming Statistics,” he sent it to his father to review. “From the earliest age I was dealt a hand I did not ask for,” the son wrote. Growing up, he wondered if he would end up in prison like his dad and uncle, and resented that they could not attend school functions. But he realized that his father was “there for me” in ways other dads were not. “My uncle is the smartest man I ever met and my dad the most kindhearted person,” he wrote. “I’ve realized I want to be just like my dad, but even better. I don’t have to be a statistic.”

Both brothers were paroled after 17 years. Their story shows the value of pushing forward and never giving up, they said. They attribute their release to their education and the support they received from those who educated them.

“If you don’t want to be a statistic, choose today to be different,” Darryl said.

Darnell, now aspiring to finish his undergraduate degree, promised the audience, “This story’s not done yet.” 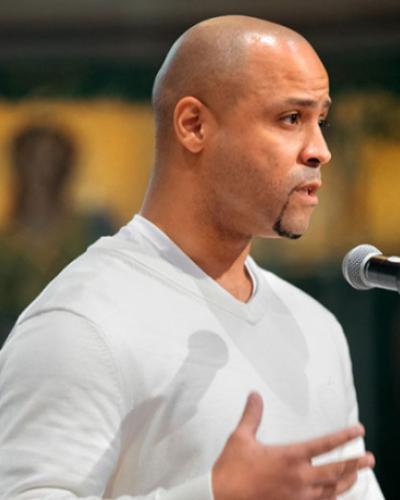 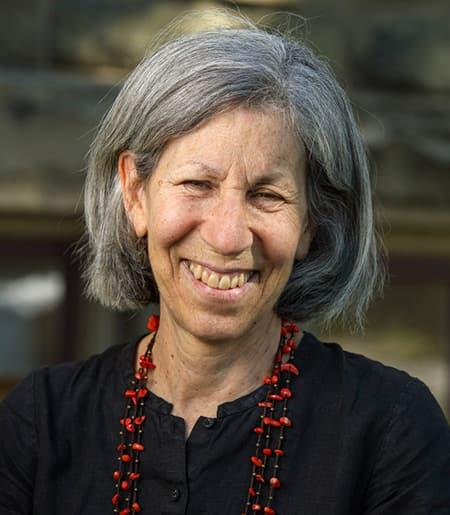