"Since news of the 'migrant caravan' broke in mid-October, President Trump has made immigration the focal issue in the upcoming midterms, calling this the 'election of the caravan,' " they write. "The strategy, it seems, is to stoke xenophobic fears to court Republican votes and remind voters about his promise to build a wall along the U.S.-Mexico border, a signature, yet unfulfilled, Trump campaign pledge from the 2016 election.

"Will these tactics help Republicans going into Tuesday’s elections? Our data suggests that the answer is no. But more than that, after Tuesday, Republicans in Congress may find it difficult to deliver on an issue that Trump has now doubled down on: immigration reform." 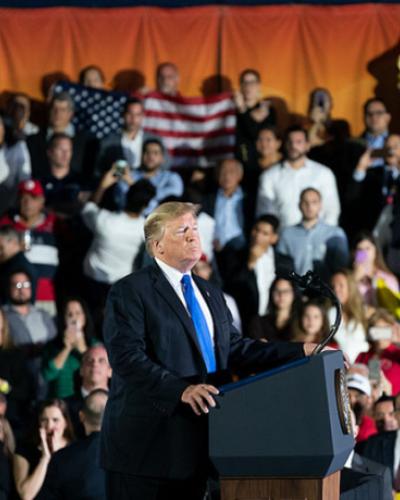