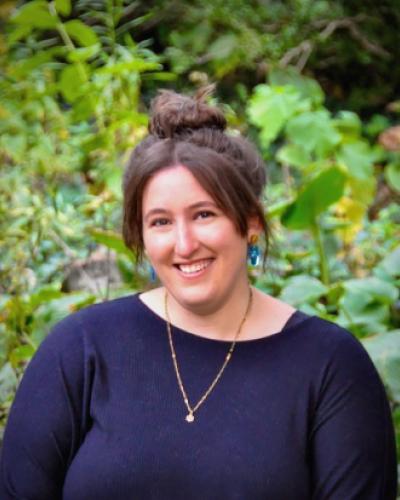 I am a Ph.D. candidate in political theory focusing on Jewish political thought and questions of authority and dissent. My dissertation, “The Law is Not in Heaven”: Covenantal Authority against Command-Obedience Authority explores an alternative, Jewish model of authority, drawing from Tanaḥ (Hebrew Bible) and rabbinics to political theory in the twentieth century. I develop this argument with Thomas Hobbes, Hannah Arendt, Michael Walzer, and Rabbi Abraham Joshua Heschel as key theoretical engagements to recover the democratic resources in Jewish covenant.

My research agenda and my outlook as a scholar is shaped by my career before graduate as the assistant legislative director at the Religious Action Center of Reform Judaism, where I represented the Reform Movement to Congress and the Obama administration on a range of social justice issues, primarily church-state separation and religious freedom.

My dissertation develops a Jewish conception of authority in contrast with one derived from Christian biblical sources that permeates Western political thought. If “command-obedience” describes the dominant paradigm of unidirectional authority, “the law is not in Heaven” signifies that halaḥa (Jewish law) is not for a Divine voice to proclaim but for the people to adjudicate. This Jewish conception of authority is constituted by dissent (Babylonian Talmud, Baba Metzia 59b). It emerges from the textual tradition, and also from the centrality of covenant in Jewish thought. Covenant constitutes a dissenting form of society in which authority is never settled and always circulating. I derive covenantal authority primarily from Hebrew Bible and Talmudic texts to recover a distinctive mode of authority for contemporary political theory that not only refuses to quash dissent but positively depends on it. In this way covenantal authority is a resource for democratic political theory and practice.

My research interests extend to post-colonial theory (primarily Francophone), existentialism, religion, race, and gender in political thought, and questions of memory and responsibility. I am also preoccupied with motifs of weaving, textiles, and craft in biblical and Ancient texts, especially at the nexus of weaving as women’s work and weaving as a paradigm for politics (as in Plato’s Statesman).