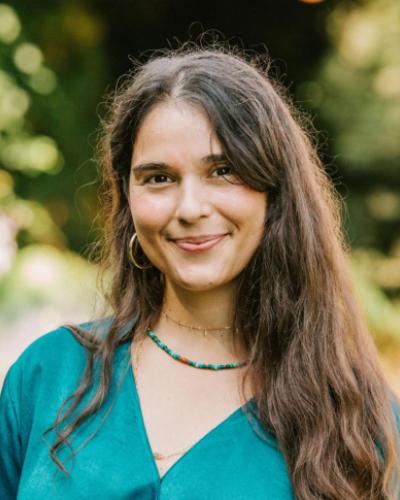 Shirley Le Penne is a Ph.D. student in Government at Cornell University, specializing in Political Theory. A granddaughter of Algerian Jewish immigrants to France, Shirley’s commitment to the Maghreb entwines with her interest in life amidst incarceration to inform her dissertation project. Tapping into the lived experiences of confinement, Shirley studies the politics of life, death, and suicide in prison and prison-like environments, as well as the spectrum of life and death sentences. In her dissertation, she comparatively examines the intergenerational incarceration of Algerians in French prisons and of Palestinians in Israeli prisons. Before coming to Cornell, Shirley completed her BA and MA at Tel Aviv University and was a fellow at Sciences Po Paris.

Repair Between Hope and Despair: On the Incarceration of FLN Offspring in French Prisons

In a recent Rapport written for French President Emmanuel Macron, Benjamin Stora, a prominent French historian, discussed the nature of the French-Algerian traumatic memory around the Algerian independence. In an attempt to heal the past and reconcile the two nations, Stora acknowledged that “Recognition [by France] will not cure [the Algerian’s] ailments. There will undoubtedly remain something irreparable in everyone." What can be repaired, and what is that “something” that cannot? How can recognition allow relief, without repair? And what can we learn, more broadly, about France-Algeria relations?

In this project, I seek answers by examining one of the deepest scars in modern politics: the (post)colonial France-Algeria nexus. Delving into the trauma generated by the Algerian War of Independence led by the FLN, I analyze its impact on Algerian experiences of incarceration in French prisons today. While scholarship on the punishment and incarceration of Algerians, both as colonial and national subjects, has moved forward, knowledge on the perpetuation of these practices in today’s France is still lacking. Yet, Algerians, by nationality or origin, are now incarcerated at unprecedented rates – by the very state that has oppressed their ancestors. How do Algerians make sense of their journey from colonization to immigration to incarceration to release in and by France? To what extent does the political legacy of their grandparents inform their experience of imprisonment? By tracing the carceral experience of FLN offspring in French prisons, this project aims to broaden our understanding of the interplay between (post)colonialism, intergenerational trauma, and incarceration.