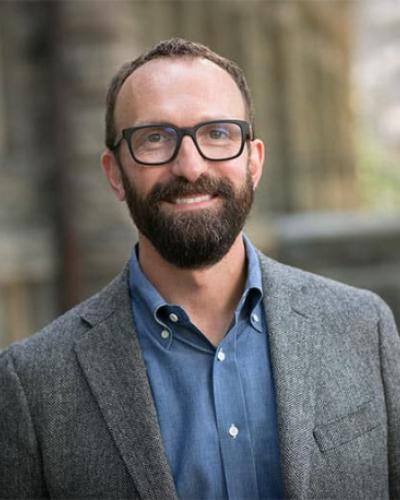 Jason Frank is the John L. Senior Professor of Government and his primary field is political theory. Jason’s research and teaching interests include democratic theory, American political thought, modern political theory, politics and literature, and political aesthetics. He received his MA and Ph.D. in political science from the Johns Hopkins University, and a BA in politics from the University of California, Santa Cruz. Before coming to Cornell, Jason taught at Santa Cruz, Duke, and Northwestern. He has also held research fellowships at UCLA’s Center for 17th- and 18th-Century Studies, Duke’s Franklin Institute for Interdisciplinary Research, Uppsala University, and the National Endowment for the Humanities.  Jason is currently a member of the editorial board of the American Political Science Review.

Jason specializes in historically-situated approaches to democratic theory, with a focus on the modern history of popular sovereignty. He has published five books, most recently The Democratic Sublime: On Aesthetics and Popular Assembly (Oxford University Press, 2021), which offers an interdisciplinary exploration of how the revolutionary proliferation of popular assemblies—crowds, demonstrations, gatherings of the "people out of doors"—came to be a central form of democratic representation during the age of democratic revolutions, and how they remain so today.  His other books include Constituent Moments: Enacting the People in Postrevolutionary America (Duke University Press, 2010), Publius and Political Imagination (Rowman and Littlefield, 2013), A Political Companion to Herman Melville (University Press of Kentucky, 2013), and Vocations of Political Theory (University of Minnesota Press, 2000).