The next event in the Democracy 20/20 Webinar series, hosted by the American Democracy Collaborative, will examine violence and policing in the context of American history and current events, analyzing their impact for democracy. The webinar will take place on Thursday, August 27 from 1:00 p.m. to 2:15 p.m. (ET). The event is free and the public is invited; registration is required.

The panelists include Sabrina Karim, assistant professor of government, as well as guest faculty speakers Ayobami Laniyonu and Vesla Mae Weaver. Robert Mickey, associate professor of political science at the University of Michigan-Ann Arbor, will serve as moderator.

The American Democracy Collaborative points out that protests across the United States this summer were met with force by federal authorities, who used tear gas on crowds and empowered unidentified law enforcement personnel, some of whom have used unmarked vans to pick up protesters at random.

“The protests, while spurred by recent killings of African Americans by police, have highlighted long-established patterns of intensive and often violent policing of communities of color,” the ADC notes in their event invitation. “This webinar will examine these developments in the context of American history, asking the extent to which they deviate from or continue established patterns, and analyze them relative to the experience of policing in other countries around the world, in order to reveal the implications for US democracy.”

Karim’s research focuses broadly on state building in the aftermath of political violence, with a particular focus on international involvement in police reforms in post-conflict states. She is the co-author of Equal Opportunity Peacekeeping: Women, Peace, and Security in Post-Conflict Countries (Oxford University Press, 2017), which was awarded the American Political Science Association Conflict Processes Best Book Award for 2018.

Laniyonu is an assistant professor at the University of Toronto, where he studies race, policing, and social inequality. His current work focuses on gentrification, the policing of vulnerable populations (such as individuals with serious mental illnesses and the homeless), and understanding policing in a comparative perspective. Previously, he served as Senior Research Scientist at the Center for Policing Equity in New York City, working with police departments across the United States to identify and correct racial disparities in police contact and use of force.

Weaver is the Bloomberg Distinguished Associate Professor of Political Science and Sociology at Johns Hopkins University. She studies the persistence of racial inequality, colorism in the United States, and the causes and consequences of the dramatic rise in prisons and police power for race-class subjugated communities. She is co-author of Arresting Citizenship: The Democratic Consequences of American Crime Control (with A. Lerman) and Creating a New Racial Order: How Immigration, Multiracialism, Genomics, and the Young Can Remake Race in America (with J. Hochschild and T. Burch). She is at work on a new book, The State From Below, based on the largest archive of policing narratives using an innovative civic infrastructure called Portals.

Mickey studies U.S. politics in historical and comparative perspective, and is interested in America's democratization and contemporary democratic stability, racial conflict, and the intersection of long-term political and economic development. He is the author of Paths Out of Dixie: The Democratization of Authoritarian Enclaves in America's Deep South, 1944-1972 (Princeton University Press), and is working on a book with David Waldner (University of Virginia) on labor-regressive agriculture and its legacies for state-building in both the Reconstruction-era U.S. South and contemporary Iraq. 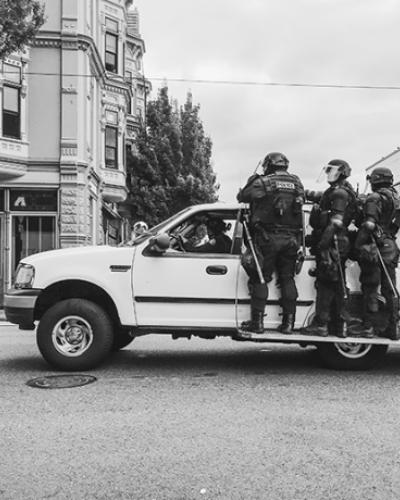