Suzanne Mettler, Ph.D. ’94, the John L. Senior Professor of American Institutions in the Department of Government, has been awarded a fellowship from the John Simon Guggenheim Memorial Foundation.

An expert in democratic institutions, Mettler is one of 168 artists, scholars and scientists receiving Guggenheim fellowships this year. The award provides six to 12 months of time in which Guggenheim fellows can work with as much creative freedom as possible.

Mettler’s current research examines crises of democracy throughout American history and what can be learned from them to illuminate the state of democracy today, the factors that endanger it and how it can be revitalized. In 2017, Mettler initiated the American Democracy Collaborative, a group of scholars of American political development and comparative politics who are evaluating the likelihood of democratic deterioration in the United States.

Appointed on the basis of prior achievement and exceptional promise, Guggenheim fellows were chosen from nearly 3,000 applicants, based on recommendations from panels and juries involving hundreds of distinguished practitioners in the competition fields. The grants are made freely; fellows may spend their grant funds in any manner they deem necessary to their work.

Mettler’s broader scholarly interests include public policy, American political development, political behavior and civic engagement, and inequality. She is conducting an ongoing panel study of public opinion on the Affordable Care Act, begun in 2010, with Larry Jacobs of the University of Minnesota.

She has written five books, most recently “The Government-Citizen Disconnect” (2018), “Degrees of Inequality: How the Politics of Higher Education Sabotaged the American Dream” (2014) and “The Submerged State: How Invisible Government Programs Undermine American Democracy” (2011).

Her earlier books, “Soldiers to Citizens: The G.I. Bill and the Making of the Greatest Generation” (2005) and “Dividing Citizens: Gender and Federalism in New Deal Public Policy” (1998), were both awarded the American Political Science Association’s Kammerer Award for the best book on U.S. national policy.

Mettler is also the co-editor of two books and has published many book chapters and articles in scholarly journals and shorter pieces for a broad audience in mainstream publications.

She was a professor at Syracuse University prior to joining the Cornell faculty in 2007.

This story originally appeared in the Cornell Chronicle. 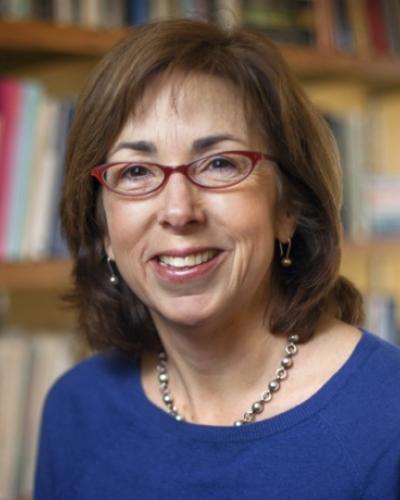