Sabrina Karim, the Hardis Family Assistant Professor of government, is an expert on the security sector and police reform. She weighs in on the response of law enforcement to the occupation:

“What is the institutional design of law enforcement in the U.S. (particularly Washington, D.C.)? In general, law enforcement is decentralized, with police agencies institutionalized at the municipal, county and state level. They lack coordination and cohesion. They are also mostly all controlled by the executive (as is the Washington, D.C. National Guard and the Department of Defense).

“The U.S. Capitol Police is not controlled by the executive, rather by Congress, and has 2,300 officers and civilian employees, but there were thousands of protestors and insurrectionists, so is it possible that they were simply overwhelmed and unprepared? There are some indications that the police acted out of self-preservation. There is a video of a lone police officer who backs away from a growing crowd. He is afraid of this mob and does not stand his ground. Perhaps he did not fire his weapon because he feared the mob would retaliate. If so, this restraint was strategic, a calculated decision to let the mob ‘run its course,’ because standing ground would mean escalation and a possible threat to police life.

“I would also argue that there is the possibility of strategic police complicity as well. The police might have been complicit because many sympathize with President Trump’s cause, or because many of the insurrectionists are the same people that support the ‘blue lives matter’ counter-movement. They have been supportive of the police, and thus arresting ‘allies’ may not be in the larger interests of the police.

“Ironically, this strategic restraint is the response that citizens would hope for (albeit, ideally with more effectiveness in arrests). Indeed, it shows that the police can be restrained in their actions, but only when the protestors or rioters are white or politically aligned with the police.”

You can see more, including a list of federal law enforcement agencies with jurisdiction in Washington, D.C., on Karim’s Twitter thread. 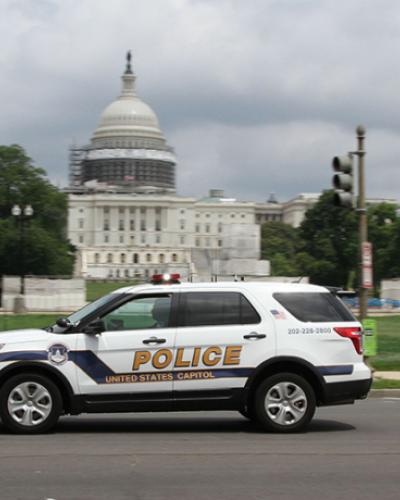 Ban on Nigeria rogue police unit may not end abuses