In 1946, the Minneapolis Tribune’s Minnesota Poll billed itself as “an impartial, scientific weekly survey of what Minnesotans think on leading topics of the day.”

In addition to questions about Victory Gardens and political candidates, one of the polls – now archived by the Roper Center for Public Opinion Research at Cornell – asked white residents whether Black people should be allowed to move into any neighborhood; how a Black family moving nearby might affect home values; and if respondents would rent or buy a home previously occupied by a Black family.

The poll offers a glimpse of systemic racism that nearly 75 years later, sparked by George Floyd’s death in the custody of Minneapolis police, has become the focus of national protests and calls for reform.

To honor that movement, the Roper Center has launched “Say Their Names. Hear Their Voices,” a publicly available collection of more than 80 years of public opinion surveys of Black Americans and U.S. attitudes about Black America, presented with context about race in polling over the years.

“We hope this collection advances historical knowledge, amplifies Black public opinion and proclaims Black Lives Matter,” said Peter Enns, professor of government in the College of Arts and Sciences and executive director of the Roper Center.

Nonmembers of the Roper Center may request any of the featured survey datasets by emailing data-services@ropercenter.org. The collection also offers downloadable charts of recent public opinion surveys related to race relations, police brutality and reactions to Black Lives Matter protests.

Those surveys show, for example, that more than two-thirds of Americans think Floyd’s death was not an isolated incident and that police are more likely to use force against Black people than white people. At the same time, more than half the nation disagrees with renaming military bases named for Confederate leaders, and 73% oppose the idea of reparations.

The collection pays tribute to pioneering work sociologist W.E.B. Du Bois published in 1899, described as one of the earliest attempts to systematically record the attitudes of Black Americans.

But the Roper Center’s historical overview explains that early polling, roughly from 1936-47, largely excluded the views of Black Americans. Gallup polls sought the opinions of voters, for example, at a time when Blacks were systematically disenfranchised. When they were surveyed, Blacks often were categorized only by race, without economic status, while whites were grouped by income levels.

From the 1930s to the 1960s, some polls inquired directly about racist beliefs, such as whether Blacks were as intelligent as whites or if their blood was different.

“While these questions are extremely uncomfortable to read, as the attempt to measure racism also normalized racist ideology,” the overview states, “this data [provides] an important record of how widespread particular racist ideas have been in the United States.”

It was not until 1969 that a major national public poll focused on the views of Black Americans with a sample large enough for researchers to analyze.

Around the same time, General Electric was conducting quarterly polls with Black samples that included questions about corporations’ role in improving race relations. The Roper Center has partnered with the Cornell Center for Social Sciences to convert 14 of those surveys from IBM punch cards to modern data formats.

“Because these data have been stored in column binary format, which is incompatible with modern statistical software, the views and opinions of these individuals have been concealed for more than 40 years,” Enns said.

The collection highlights notable surveys from the Roper Center archives featuring Black American opinion since World War II; U.S. government surveys of other countries’ perspectives on race in America; and links to the race-related reports published by the center and other sources.

“This project,” Enns said, “will help ensure that today’s scholars and future generations remember these voices.” 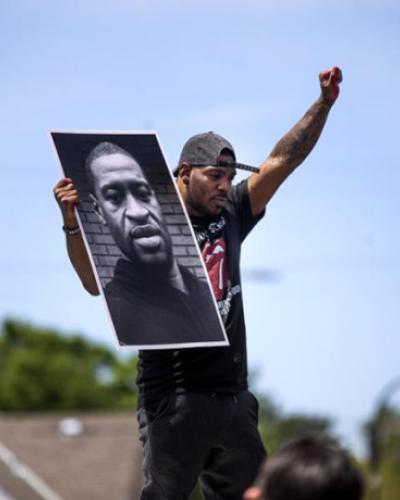