The Senate Judiciary Committee plans to vote on the nomination of Amy Coney Barrett to the Supreme Court on Thursday, with a possible final vote on her confirmation as soon as Monday, Oct. 26 – a week in advance of the election.

Peter Enns, professor of government at Cornell University and executive director of the Roper Center for Public Opinion Research, recently completed a poll, “Politics and the Election 2020”, and asked respondents about their view of the confirmation of a new Supreme Court justice. Enns is co-founder and chief data scientist at Reality Check Insights.

“Not surprisingly, views on filling the vacant Supreme Court seat are highly partisan. Our recent Reality Check Insights survey shows 85% of registered Democrats support waiting until after the election while 88% of Republicans support holding a confirmation vote now. What’s notable is that independents in our survey are much closer to Democrats, with 69% of independents indicating that the Senate should wait until after the election to fill the seat.”

Landon Schnabel, assistant professor of sociology at Cornell University, examines how religion shapes Americans’ political ideas in the recently published paper “Opiate of the Masses? Inequality, Religion, and Political Ideology in the United States.” He says the confirmation of Barrett is designed to appeal to potential Trump voters.

“Trump recognizes white Christian women, a group he sometimes calls ‘suburban housewives,’ as a key demographic for the 2020 election as they played a key role for him in 2016. This group is what he likely had in mind when nominating Amy Coney Barrett, who represents this particular segment of American religion well. As my research shows, religion—and specifically women's greater commitment to and involvement in religion—can explain why women are less likely to support abortion than men.

“But religion is raced and we cannot understand religious concerns, interests, and support for Barrett, Trump, or any candidate who talks religion without understanding whose religious interests they’re talking about.

“The Republican Party presents itself as the religious party, but it is actually Black women, the group who votes Democrat most consistently, who are the most religious in the United States. Therefore, many women, religious and secular alike, may be left frustrated by an in-group member who won’t support their values or concerns. But perhaps those groups don’t matter to Trump as he knows he won’t get their vote anyways, and his target for additional votes is the ‘suburban housewives’ who see their interests most directly represented by Barrett.” 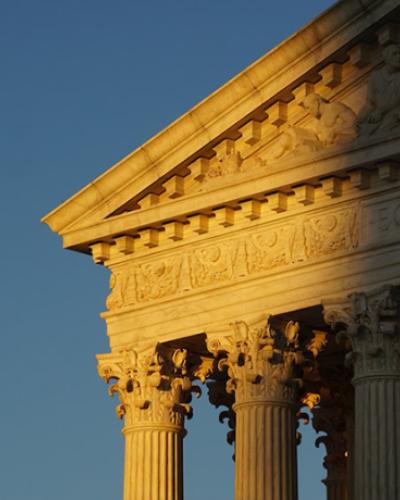