Presidential elections typically come down to the ‘fundamentals,’ like economic conditions and approval ratings, write Peter K. Enns, associate professor of government and executive director of the Roper Center for Public Opinion Research, and graduate student Julius Lagodny in an op-ed in the Washington Post.

“Since the news media called the 2020 presidential election, observers have offered a variety of explanations for Joe Biden’s victory over Donald Trump,” Enns and Lagodny write in the piece. "These include Trump’s erratic behavior; Biden having “the most sophisticated digital apparatus in American political history”; Biden’s “bump” in appeal, above other Democrats; and 10 moments in which Trump lost the election. While each of these explanations — and others you may encounter — could have some merit, campaign particulars were probably not that important. If we look at data from more than 100 days before the election, the result has been almost exactly as we’d expect. The real surprise — and concern — of 2020 is how stable Trump’s approval ratings have remained. 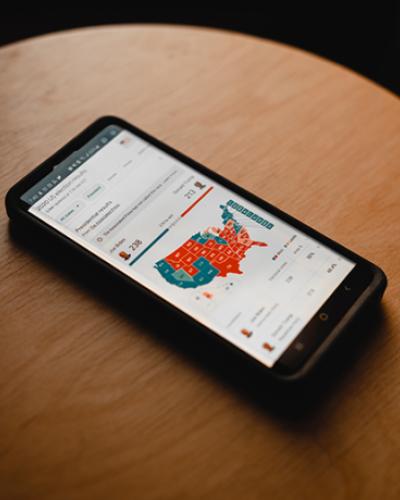