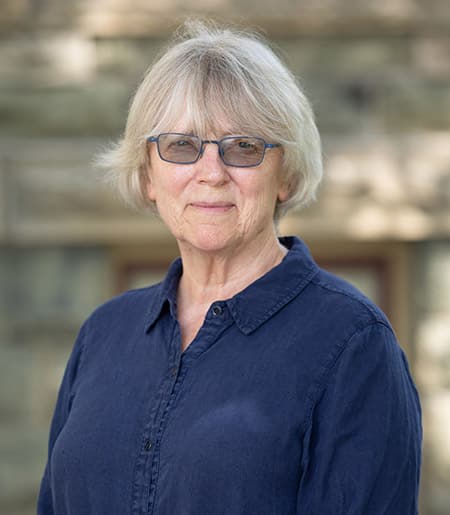 Valerie Bunce is the Aaron Binenkorb Professor of International Studies and Professor of Government at Cornell University. Her primary field is comparative politics, but she also teaches and does research in the areas of international relations and American politics. She is particularly interested in democratization (the rise, design, sustainability and collapse of democratic systems); authoritarianism (transitions to and from dictatorship, political leadership and institutions); U.S. foreign policy (and its support of democratic and authoritarian regimes); and state-building and state collapse.

Her geographical focus is eastern and central Europe, Russia, Ukraine, Georgia and Azerbaijan. She also addresses the politics of other countries for purposes of comparison—for example, the contemporary United States with respect to issues regarding the sustainability of democracy.

Her curriculum vitae can be found here.

“The Decline of Democracy: The US in a European Mirror.” Memo presented at the workshop, “The State of American Democracy in Historical and Comparative Perspective.” Cornell University, June 6, 2017.

"Waves of Popular Challenges to Authoritarian Rulers: 1989, the Color Revolutions and the Arab Uprisings" (co-edited with Sharon Wolchik).  Manuscript under review at Oxford University Press., 2017.

“Modes of Mobilization: A Comparison of 1989, the Color Revolutions and the MENA Uprisings” (with Sharon Wolchik).  Paper presented at the Conference on Comparative Mobilization and Protest, George Washington University, October 13, 2012.

“The Mena Uprisings in Comparative Perspective: The Transition from One Uprising to Many.” Paper presented at the Conference on “The Revolutions of 2011: One Year On” at the University of Texas at Austin, February 16-19, 2012.